Get fresh music recommendations delivered to your inbox every Friday.

Tripod versus the Dragon 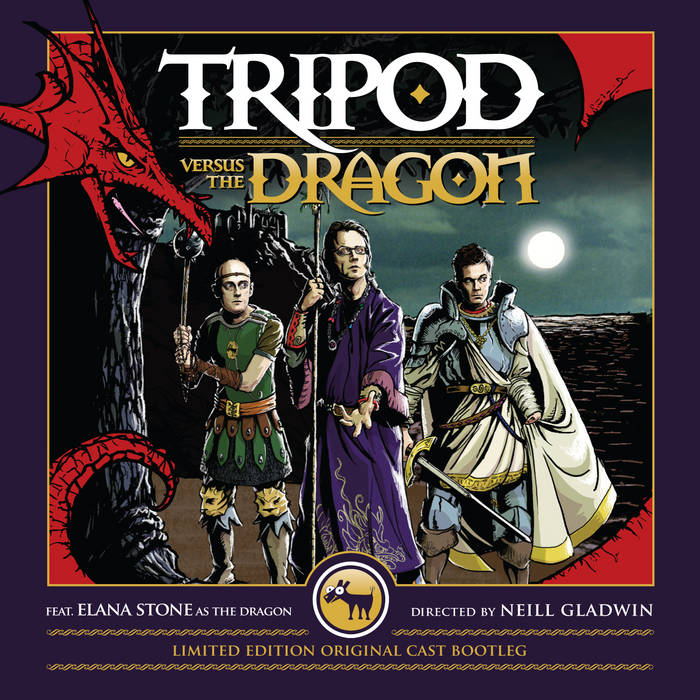 foxesforsale Elana Stone transports me to my favourite type of fantasy world - one sad, and wistful, but hoping for more. Her voice is gorgeous, and the guitar moody. Favorite track: Ivory Tower.

jasonvworps This show really encaspulates what makes DnD special and gets suprisingly heartfelt, and they really went harder then they needed to on the songs themselves they are great! Favorite track: I Will Still Play.

Mikael Palusa Scod, Yon and Gatesy.. You guys have given me so much amazing material to laugh to and listen to over the years. And with tripod versus the dragon you mixed comedy with a more serious note of how much crap geeks go through and how we should look forward. Powerful stuff. /Mikael from Sweden. Favorite track: Bard.

ruby_mage It reminds me of all the reasons I play tabletop RPGs... and honestly why I still persist in my efforts in growing up. Favorite track: I Will Still Play.

Raia Karalambeva Tripod vs the Dragon is brilliant and hilarious. I absolutely love every single song out of it.
Thank you for releasing. Favorite track: Ivory Tower.

All songs performed by Tripod and Elana Stone elanastone.bandcamp.com/music

Tripod are three Australian men who are funny and write good songs.

Little Brother joins the show to discuss their beautiful journey, plus tunes from Fat Tony